There is controversy surrounding the risk of manipulation, which is often used by chiropractors, with respect to its association with vertebrobasilar artery system (VBA) stroke. The objective of this study was to compare the associations between chiropractic care and VBA stroke with recent primary care physician (PCP) care and VBA stroke. 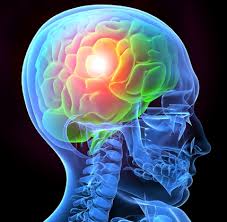 The study design was a case–control study of commercially insured and Medicare Advantage (MA) health plan members in the U.S. population between January 1, 2011 and December 31, 2013. Administrative data were used to identify exposures to chiropractic and PCP care. Separate analyses using conditional logistic regression were conducted for the commercially insured and the MA populations. The analysis of the commercial population was further stratified by age (<45 years; ≥45 years). Odds ratios were calculated to measure associations for different hazard periods. A secondary descriptive analysis was conducted to determine the relevance of using chiropractic visits as a proxy for exposure to manipulative treatment.

There were a total of 1,829 VBA stroke cases (1,159 – commercial; 670 – MA). The findings showed no significant association between chiropractic visits and VBA stroke for either population or for samples stratified by age. In both commercial and MA populations, there was a significant association between PCP visits and VBA stroke incidence regardless of length of hazard period. The results were similar for age-stratified samples. The findings of the secondary analysis showed that chiropractic visits did not report the inclusion of manipulation in almost one third of stroke cases in the commercial population and in only 1 of 2 cases of the MA cohort.